Peterson Cartridge took delivery of its new equipment to manufacture rifle casings, at its new facility just north of Pittsburgh, in May of 2016. Forty-five days later the equipment was up and running; making .308 Winchester casings. 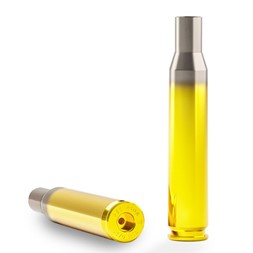 As you might know, the equipment to make rifle casings can make most any caliber, or no calibers at all, depending on if you have developed the tooling to produce that caliber. Between “forming” tooling, and specific “material handling” tooling, there can be over 50 pieces of tooling that needs designed and built in order to create a completed tooling package. This new tooling package, if built correctly, will then produce a new caliber.

According to Derek Peterson, president of Peterson Cartridge, “When we started almost four years ago, we only had the tooling packages to make a few calibers. People described us as a “boutique” cartridge maker, because there were so many popular calibers that we didn’t make.”

“We recently finished our first production run of .270 Winchester. It represents our 30th tooling package.” Peterson continued, “We’ve gotten good over the last four years at designing the tooling necessary to produce new calibers. We’ve designed calibers that were inside existing caliber families, outside of existing caliber families, and new calibers that are the first in their family. We’ve made tiny calibers like the 6mm BR Norma, up to the large ELR calibers like 33 XC, 375 CHEYTAC, and 375 EnABELR. We’ve made rimmed calibers like the 7.62 x 54R. And now we’ve made .270 Winchester.

Peterson concluded, “The .270 Winchester is an excellent caliber for taking down deer, sheep, hogs and other mid-size game. Many consider it fine for mule deer and elk. It has been described a fast, flat, and deadly. And its recoil is noticeably milder than the .30-06. The .270 Win is probably the most popular cartridge shooting a .277 diameter bullet. If you hunt with a .270 Win, we hope you’ll give our casings or loaded ammo a try.”