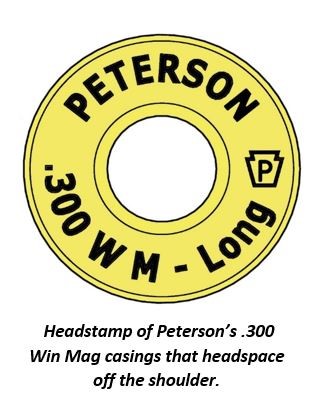 Shooters that reload .300 Win Mag casings have often wished they could get more reloads from their casings. Well now you can!

“That large gap is what causes the casing to stretch so much when it is fired. It’s that stretching that causes premature case head separation.”

Peterson concluded, “If you are a handloader, that wants more reloads from your .300 Win Mag casings, we think you will appreciate our new .300 Win Mag - Long casings. I’d like it if you’d give them a try and let us know what you think.”