For Optimal Performance You May Need To Change Your Load 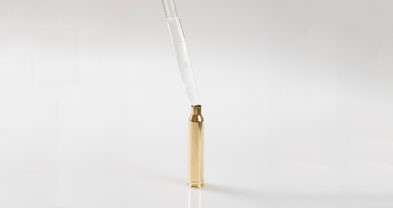 The internal volume of Peterson casings is slightly less than some of the other casing manufacturers. This results in increased velocities. Once shooters re-work their load for optimal performance in our casings, they usually find they can achieve tighter groups than from the other casings they used. A common finding our customers report is, “Same gun, same bullet, cut my group size in half with Peterson casings.” But frequently this takes re-working their load.

Along those lines Jack M. reported, “After reloading about 20 rounds of Peterson brass along with another manufacturer’s brass, we headed to the range. After a few shots we noted the Peterson rounds were consistently impacting about .75 to 1” higher than the other brass. Nice tight group, just higher. Confused by the difference, we set up our chronograph and found that using the same powder, bullet and die setting, we were constantly getting 90 to 100 fps more than with the other brass. The Peterson brass showed no evidence of overcharge. Nice surprise, more velocity without increasing the powder charge.”

Another customer, Bryan J., had a similar story to tell. He reported that using the same load he used for our competitor’s casings, the results he got with Peterson cases were erratic. At first he thought maybe it was his gun. So he tried a second gun, with the same results. Now thinking it could be a difference in internal volume he worked up a new load for the Peterson cases. Then he got these results from 5-shot groups at 100 yards: