Peterson Cartridge Brass Used in Win at King of 2 Miles 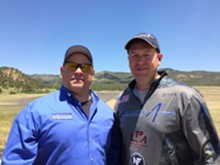 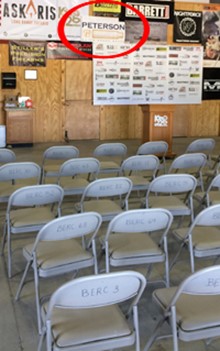 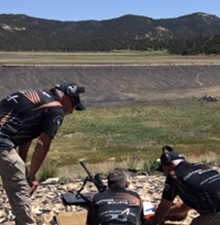 View of the range at King of 2 Miles

For those of you who aren’t familiar, there is an annual extreme long distance shooting competition called King of 2 miles (KO2M). This year was the third year for the event. It was held in Raton, NM at the NRA’s Whittington Center on Tuesday, Wednesday and Thursday, the 27th, 28th and 29th of June.

Coury said, “I have been all over the world to shooting events and competitions and I have to say that the King of 2 Miles, is by far one of the most exciting I have ever attended. I arrived in Raton, New Mexico late afternoon the day prior to day one.  The accommodations in Raton were great and the hospitality there was above the bar.”

Coury reported, “I started out Day One by talking with competitors to see just who was using Peterson Cartridge brass and to my surprise, there were many that I wasn’t aware of.  We knew a few, as we sponsored the event, but didn’t know just how popular we have become. Surprisingly, everyone was talking about Peterson and our consistency and quality.  The plastic Peterson Cartridge boxes were a hit and they were everywhere.  The end of day one rolled around and to great pleasure there we were being used by some of the best; Derek Rodgers, Jon Geib, Corbin Shell, Duncan Davis, John Buhay, Dan Smitchko and a few others all hitting out at 1500 plus yards.”

According to Coury, “The competitors became a little more tuned in and focused. While shooters were dropping in rank, it became clear that shooters using Peterson Cartridge brass were standing in there with the best of them.  Derek Rodgers and Duncan Davis both ended the day in the top ten and were headed to the “shootout” for Day Three where the King would be proclaimed.  Derek was well in the lead with 7,000 plus points over the nearest competitor.”

Coury  went on, “When the final day began, it was down to the top 10 teams with the most points.  Derek Rodgers had the momentum and the point spread.  Several shooters went before him, but none achieved the points to take him, and when he hit his target out at two miles, he became the 2017 KO2M.”