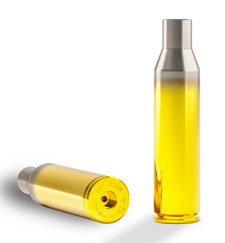 After running this protocol on the new .338 Norma Magnums Peterson’s ballistician reported the following:

The ballistician concluded, “These cases were found to be strong, durable, well-made cases that should satisfy the most discriminating shooter.”