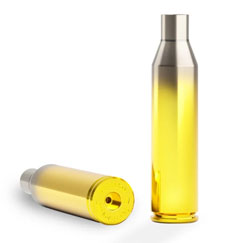 After running this protocol on the new .300 Norma Magnums Peterson’s ballistician reported the following:

After firing the last case 20 times, at above recommended powder levels, the case appeared the same as it did after the third firing. The ballistician concluded, “These cases were found to be strong, durable, well-made cases that should satisfy the most discriminating shooter.”