Our Shooters Are Some Of The Best In Their Fields 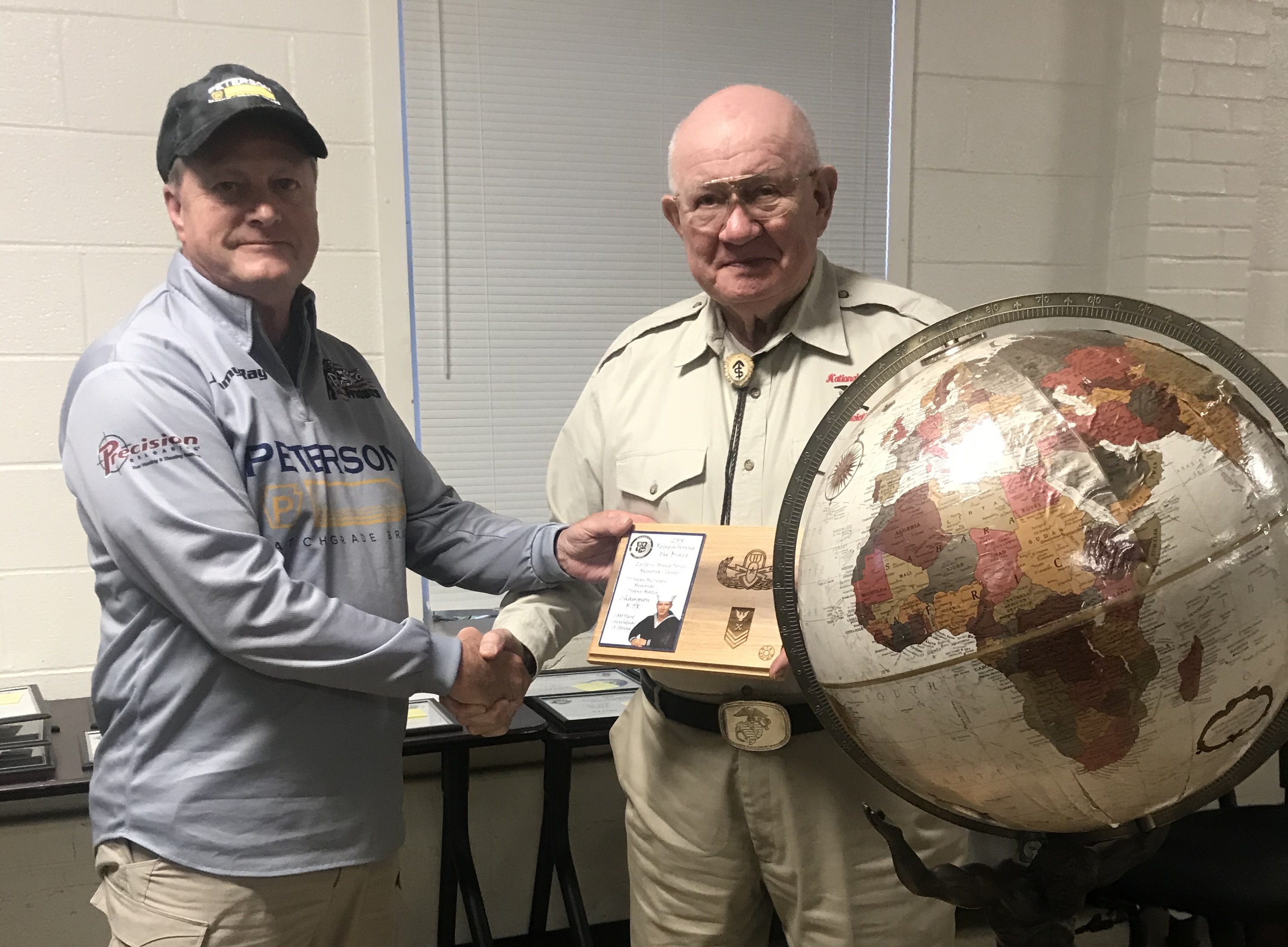 Began shooting while in the US Army in 1978 on the Ft Bliss MTU team. Competed in High Power matches with the Match M14 rifle. While with the team, Jim was trained in competition marksmanship and competed around the United States at other military installation in High Power and civilian NRA matches.

After leaving the military in 1983, Jim was out of the shooting arena until 2015 when he started back into the competition world. Being a little older with the eyesight, Jim was not able to return to the "iron sights" but found a new NRA class of F/TR Mid-Range and F Class Long Range.

Jim's achievements since returning to shooting include: 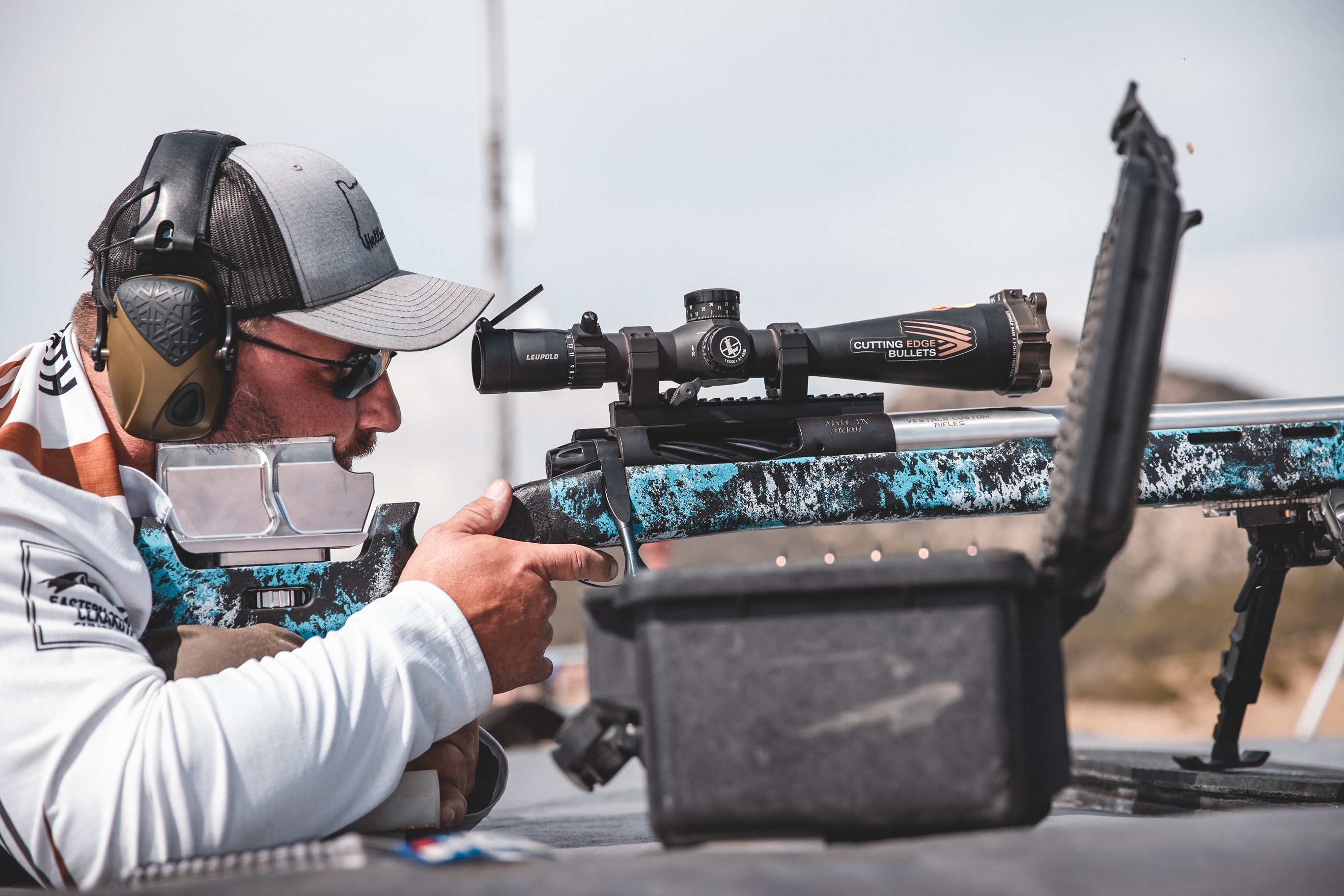 Stanley began his shooting career like many of us, in the hunting world. He and good friend, Kasey Jones, would often shoot their hunting set-ups out to 1200 yards. But the desire to go farther and push harder soon had them shooting at a mile. The decision to step into the world of Extreme Long Range (ELR) was unavoidable. New rifles were built, sponsorships we secured, and it was off to the matches. 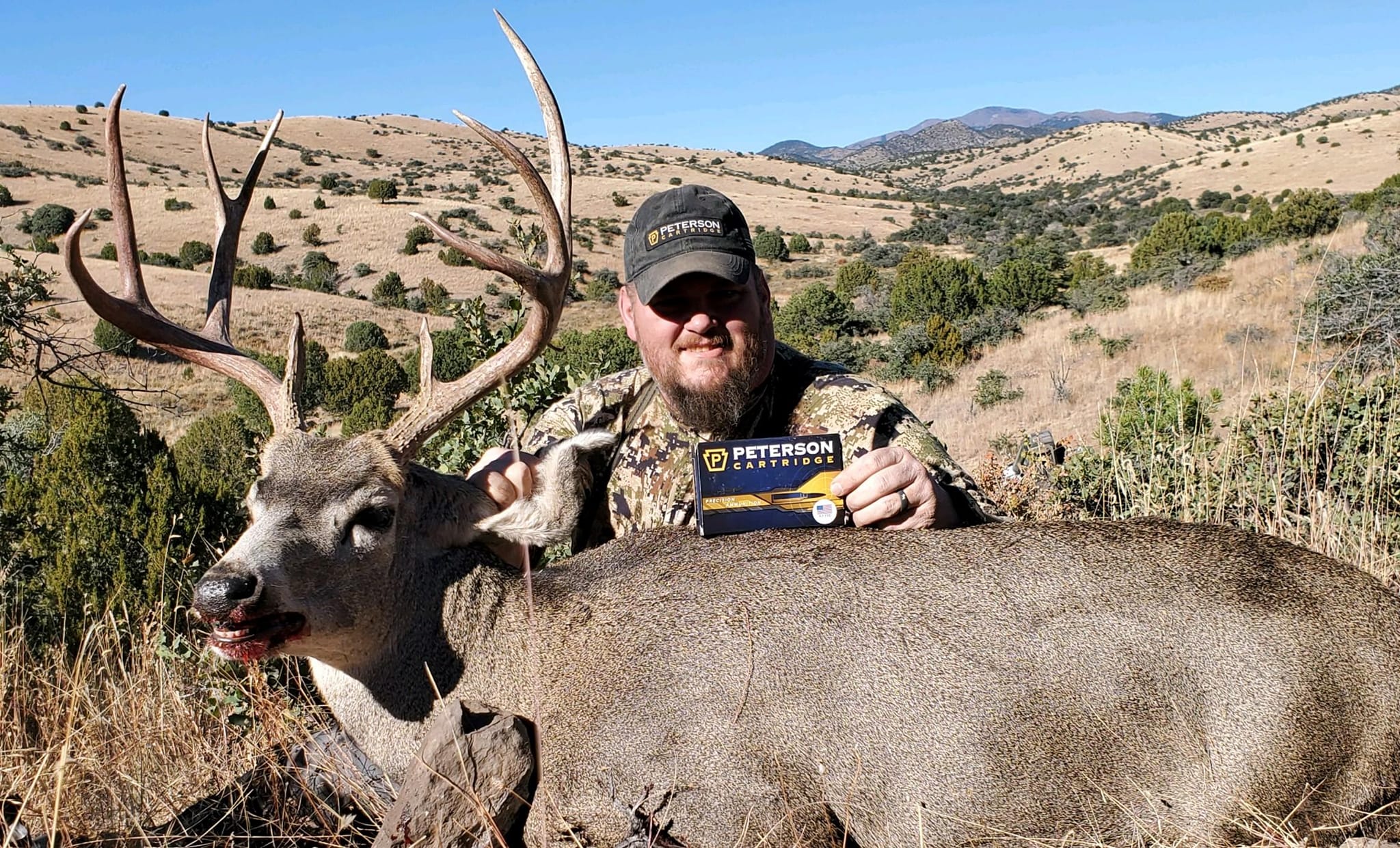 Craig came to the Peterson Cartridge family in 2021 as a member of the Quality Control team.  Since then, he has transitioned into a new role with Customer Support and Marketing. An avid, life-long hunter, Craig has pursued big game through out the western United States, Canada, and Mexico.  While he enjoys chasing all manner of game, his real passion is mule deer.  Craig has hunted the “gray ghost” in four states and three countries.  His love of western hunting makes Craig a fan of most magnum cartridges.

Stuff you can always find in Craig’s pack includes: 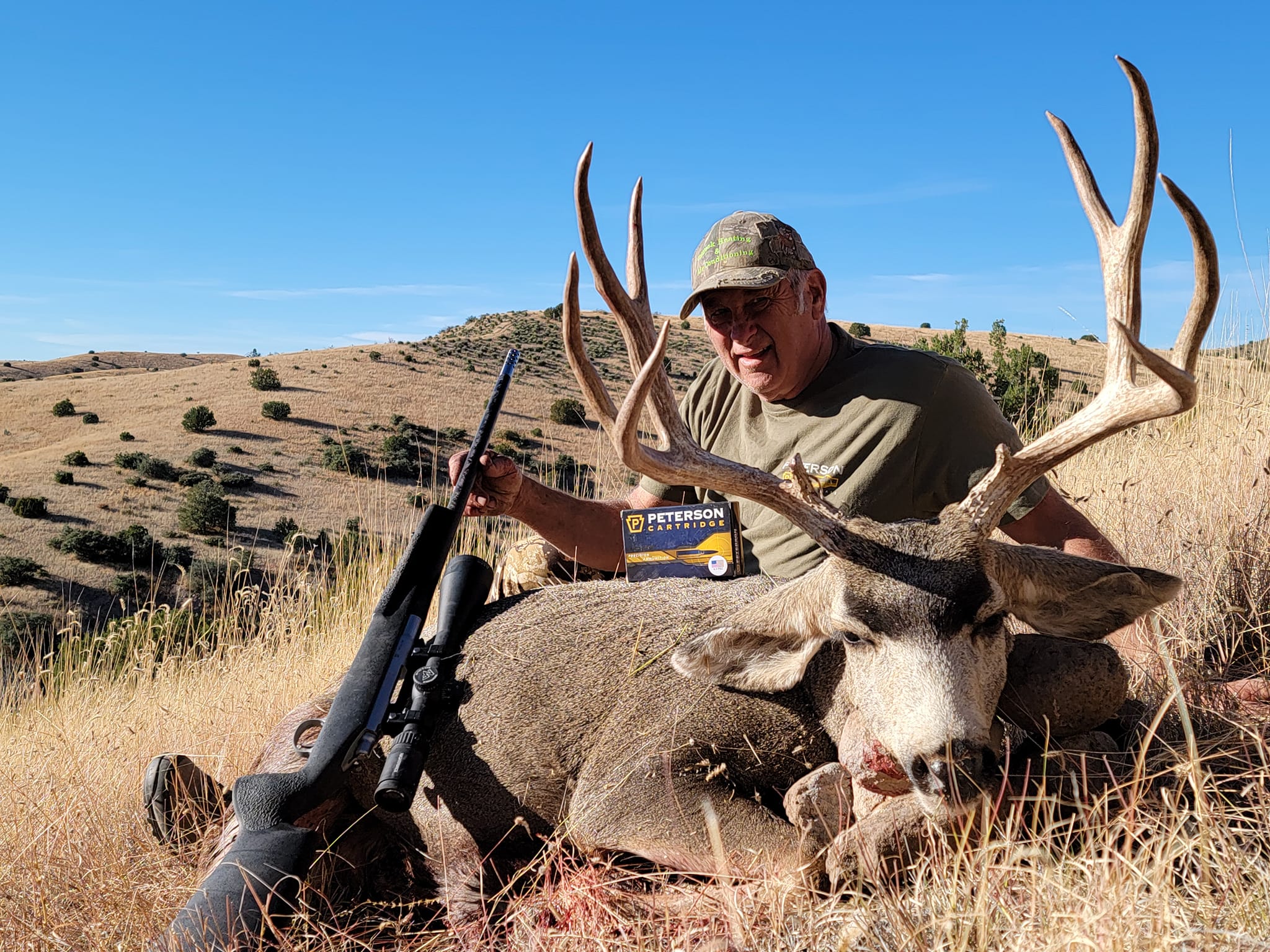 What more can you say about such an accomplished hunter other than, well done. Over the past 50+ years Mike has hunted in almost every state, province, or country in North America. He has successfully harvested whitetail, mule deer, elk, mountain goat, rams, bears, and several other species. Trying to list everything Mike has done in the hunting world would take more space than this profile allows. Mike is a 6.5mm and .270 fanatic and has used these cartridges on everything from deer to moose.

When in the field, Mike uses: 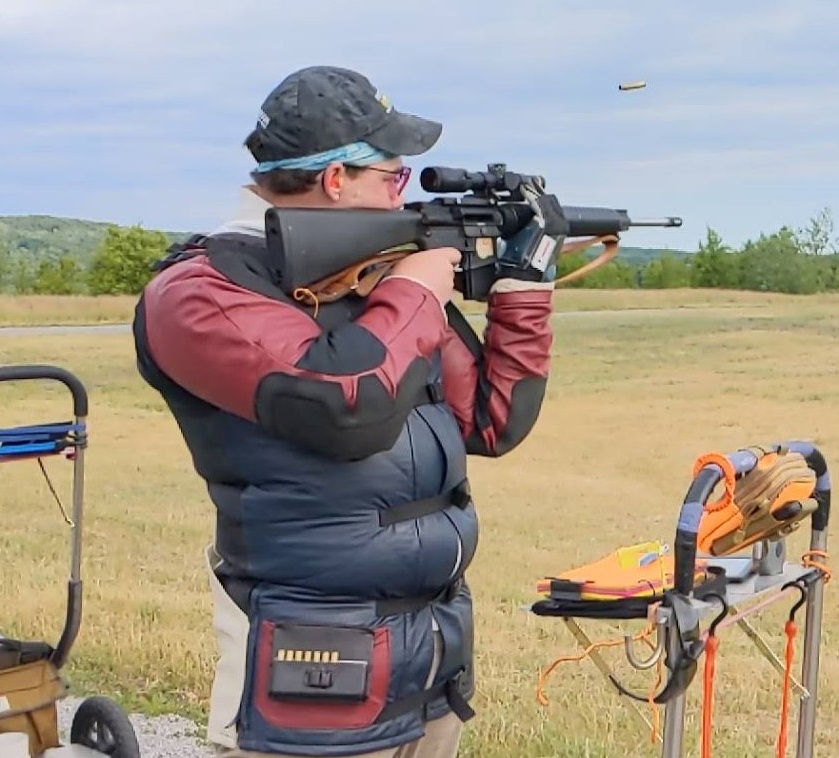 A competitor in Across the Course and Long Range, from Wadsworth, OH, Joe began shooting competitively at the age of thirteen. He competed with the Pennsylvania Junior Team, shooting service rifle until the age of twenty. At age sixteen, Joe joined the Remington Rifle Team and competed with them for four years. As a student at the University of Akron, he competed with the Zips Rifle Club, shooting three-position smallbore and precision air rifle. Today, Joe primarily competes in Across the Course and Long Range matches using his 6mm Competition Match Remington bolt gun in a Competition Machine chassis, as well as, his AR-15 service rifle. Both rifles have a Krieger barrel and Leupold optics. 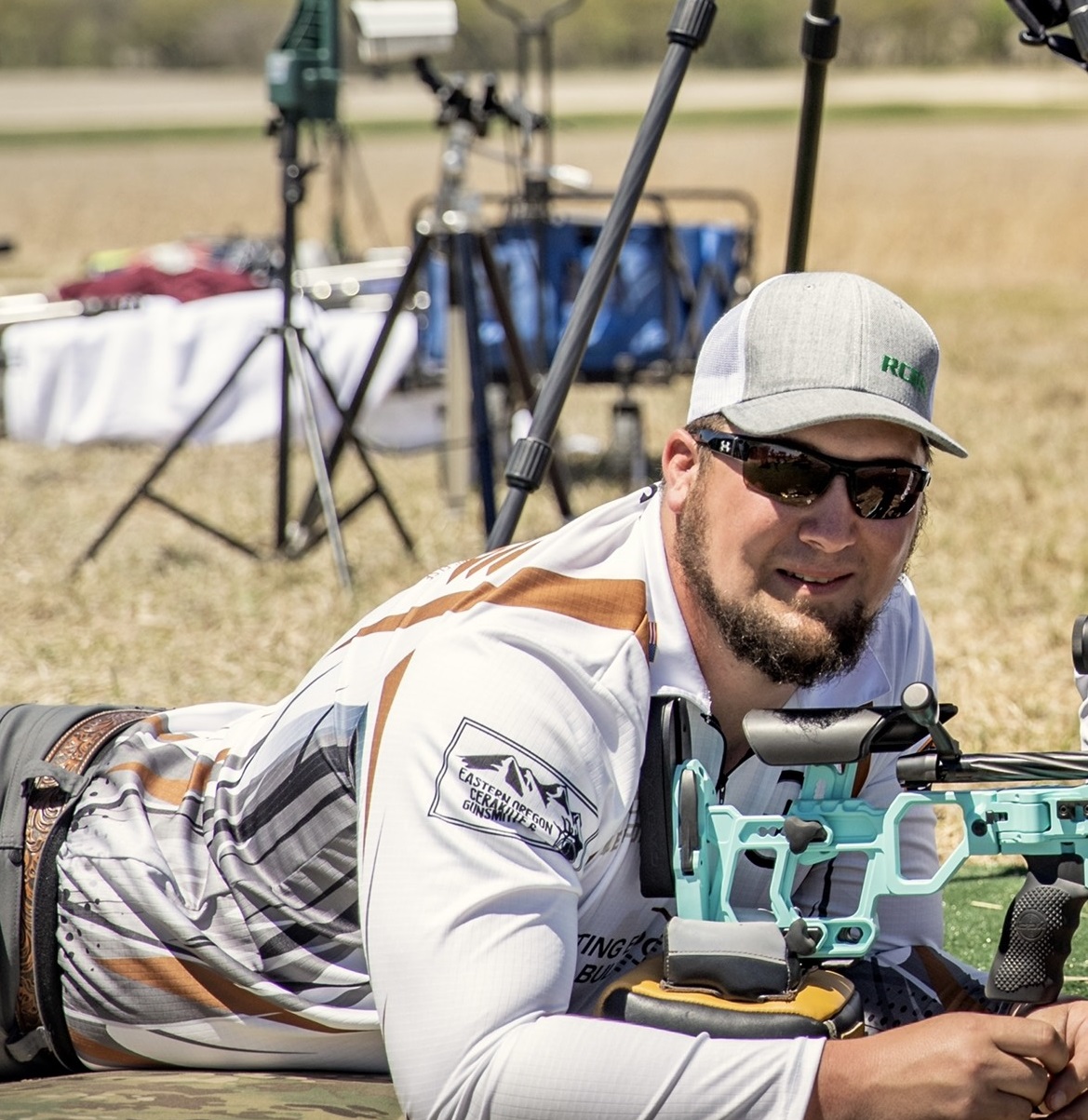 I grew up in Pendleton Oregon in a Hunting family. Got into Long Range when I was 15. Out west, here in the wheat fields and sage, getting under 300yds on deer and elk is very difficult. Started shooting competition locally when I was 28. Did very well in the local circuits. Met Stanley 5yrs ago and started talking about a gun build I was going to do for him. Built the rifle and started shooting together. Shortly after we started shooting with each other we started to push our hunting rifles out further and further until we finally put up a I-mile target. Shortly thereafter, I started my first ELR build with a Wildcat Variant of a Cheytac, called a Lunatic. I went to Stanley and mentioned that he should build the same rifle and we should start competing in ELR competitions. We built our rifles and entered the World's Longest Shot Challenge in Texas. We went in thinking we were going to get whipped since we were shooting against a lot of shooters we looked up to and learned from. After Day 1, Stanley set a match record, becoming the first and only person up to that date to go 5-5 on the I-mile target. On Day 2 we continued to do well, ending the match in 4th and 5th place against arguably the best shooters in the world. After that match we got our sponsorships with several other companies who took notice of how well we did. Since that match, we've finished in the Top 10 of almost every match, as well as, taking 3rd and 4th at ELR nationals. The next year I won the World's Longest Shot Challenge. And later that year Stan again placed well at ELR Nationals and both of us placed in the Top 50 of the King of 2 Miles. 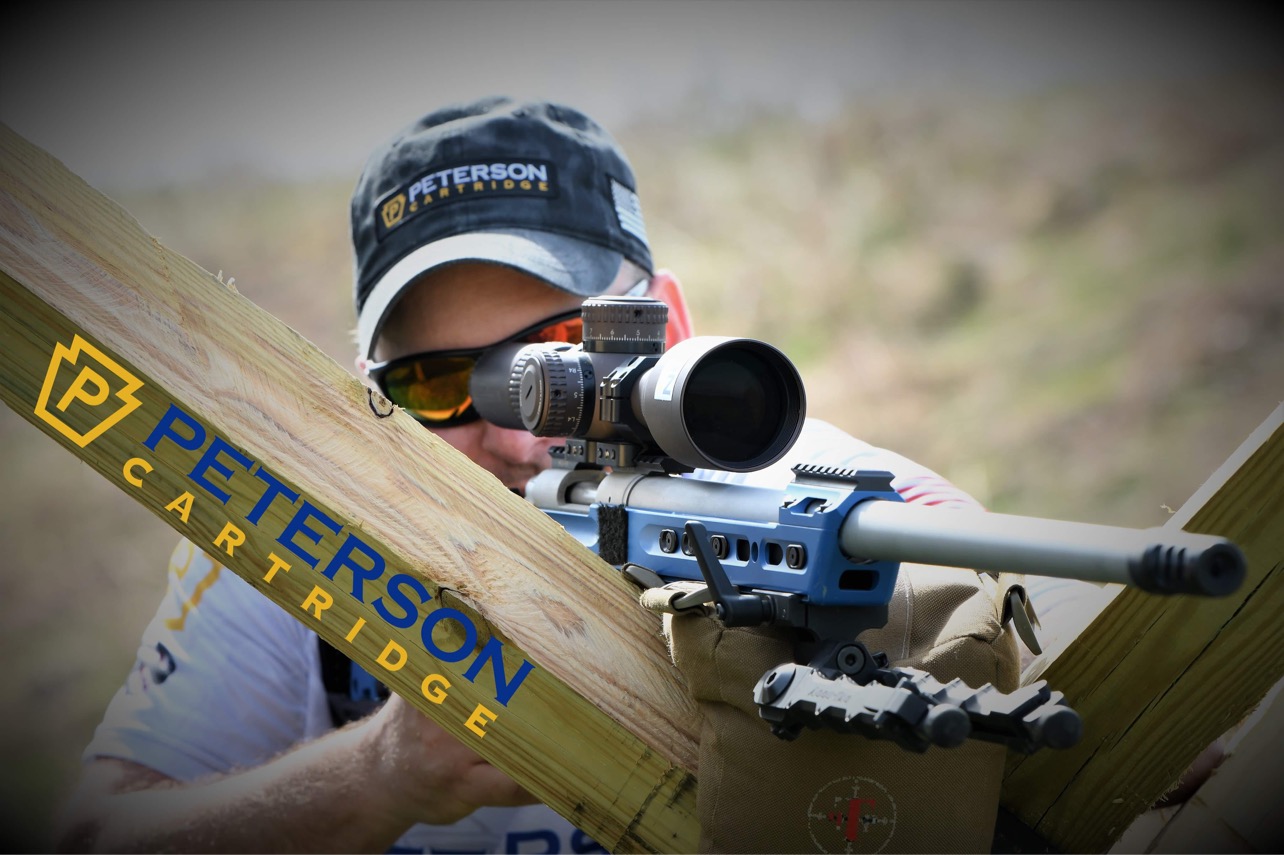 Zack first joined the Peterson Cartridge family in 2019, working on one of our production lines. It soon became clear, however, that his drive and commitment to quality would take him far in our company. Zack was promoted to Lead Cell Operator then moved into his current position as Customer Support, Marketing, and Inside Sales Manager. He is an avid, life-long hunter and reloader. Zack first began competing in long-range shooting in 2017, shooting in various sniper matches before transitioning into the PRS in 2020. When not competing in a match, Zack serves as an RO for the Vortex Sniper Match Series and as Match Director for the KYL, Headhunter, and PRS matches at South Beaver Tactical.

Over the past three years, Nick’s star has been on the rise, both within the Peterson Cartridge family and the shooting world.  He started his career at Peterson in 2019 as a Cell Operator.  Since then, however, he has advanced through the ranks moving from Lead Cell Operator to Product Development to Special Projects Manager and now to Manufacturing Manager.  Nick’s progression in the shooting world is no less admirable.  Prior to the 2021 season, Nick primarily competed in local club and KYL matches, but an entry into the 2021 Peterson Challenge in the PRS series changed all that.  Nick would compete in four national level events, as well as several local PRS matches in 2021.  His performance at these events would earn him the 2021 PRS Rookie of the Year title and the 2021 PRS Top Amateur honors. 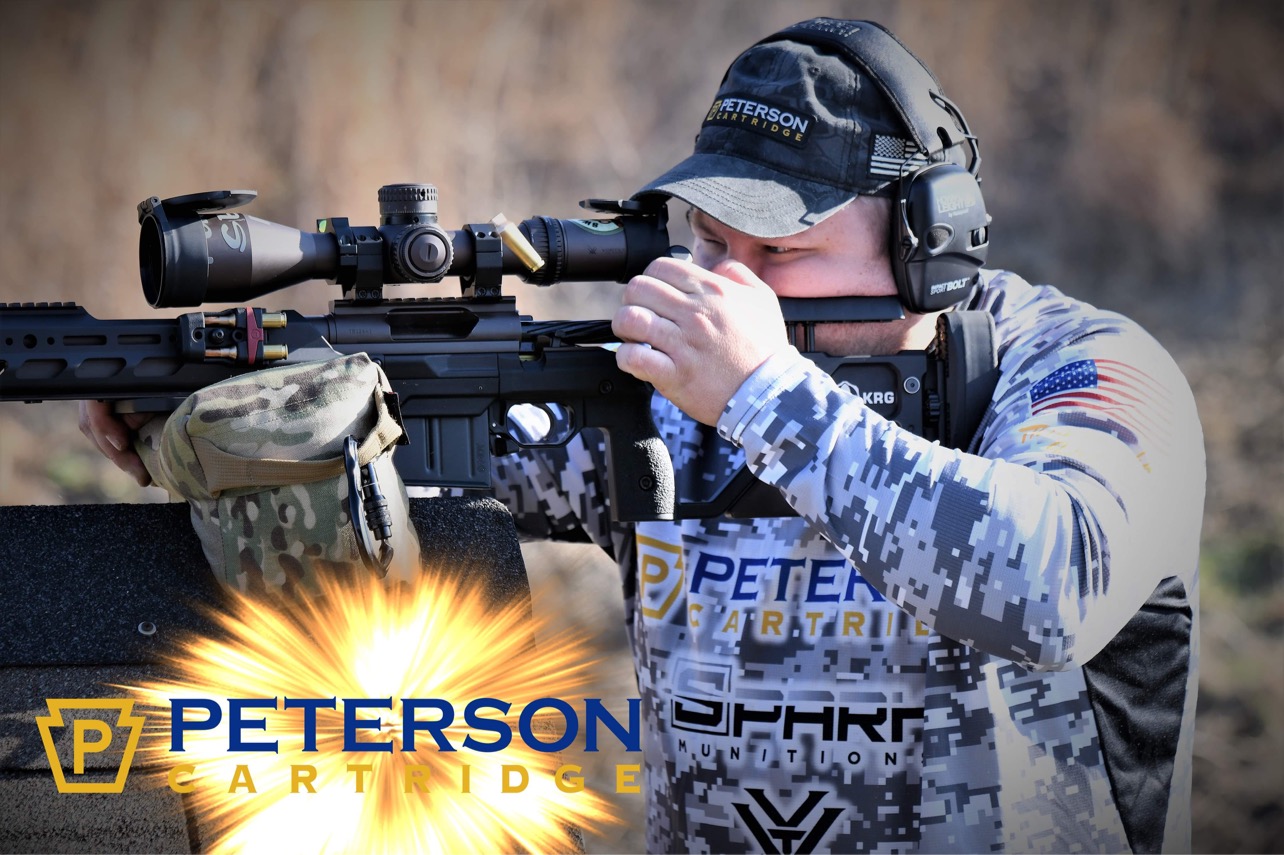 A member of the Peterson Cartridge family since 2019, Nick completed his first year of PRS competition in the 2021 season. Nick had a strong showing at four national events, the Peterson Challenge, Vortex Vengeance, GAP Grind, and the PRS National Finals at the NRA Whittington Center in Raton, NM. When not competing at a national event, Nick is at a local or state level shoot almost every weekend. Prior to joining the PRS, Nick competed in field and sniper matches, along with 3 Gun and USPSA tournaments. 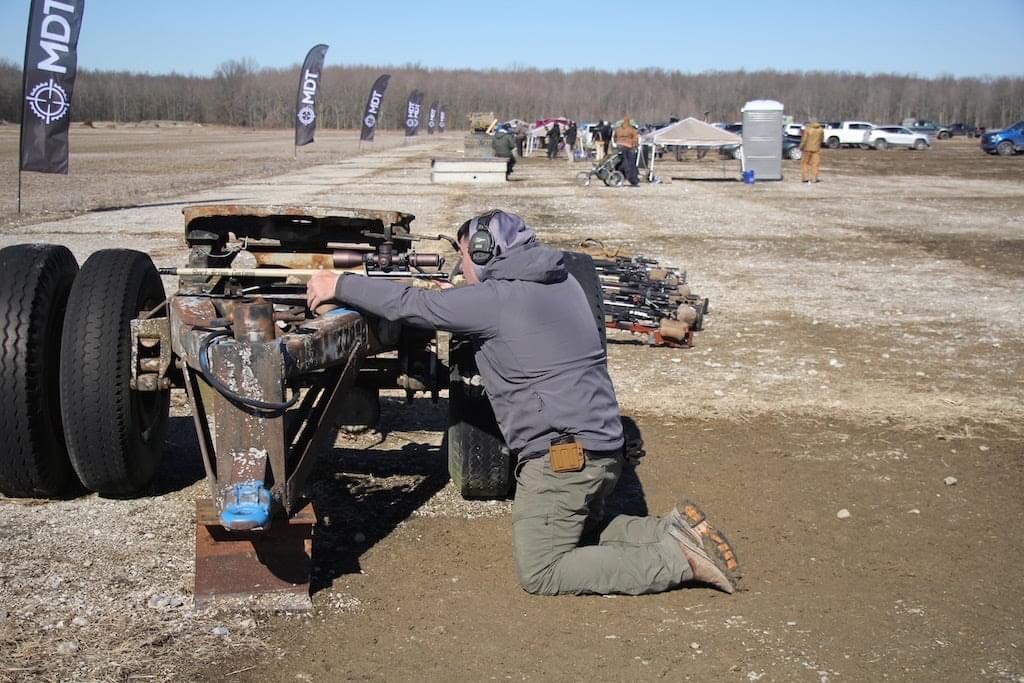 Growing up on a farm in East Texas, Oran has been an avid shooter, hunter, and fisherman his entire life. He joined the U.S. Army in 2007 and has traveled around the world including Iraq and Afghanistan. Currently residing in Clarksville, Tennessee, Oran is the Station Commander at the Clarksville Recruiting Station. He has been competing in the PRS since 2018. Since competing in the PRS, Oran has obtained 4 top MIL/LEO finishes; 1 top 10 finish; 4 top 20 finishes and competed in the PRS PRO Series finale in 2020 and 2021.

“After shooting my first match, I was hooked. The relationships I have made within the completive shooting community are those that will last a lifetime. You will not find a better group of likeminded people anywhere else. If you are thinking about shooting a match, I would encourage you to go for it. If you’re close to Clarksville TN, give me a shout and I will help in any way possible. I am honored to shoot for Peterson Cartridge Company and look forward to many years to come!” 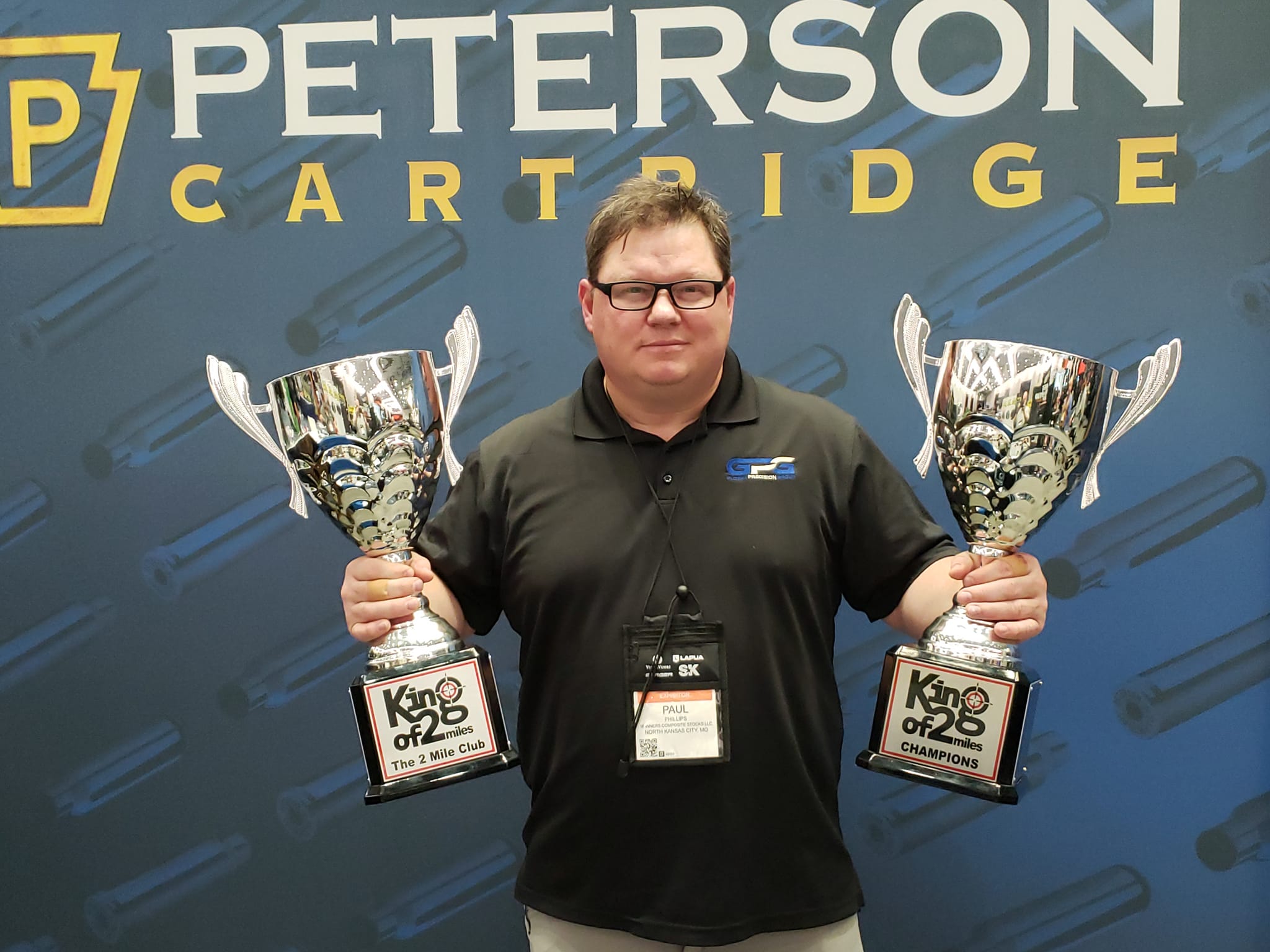 A retired Federal Law Enforcement officer and FBI Sniper School Honor grad, Paul Phillips is one of the most accomplished shooters in the world.  Before going into law enforcement Paul was a Marine Corp combat veteran and a member of the Scout Sniper Platoon.  He is currently the owner of Global Precision Group.  Just a few of his shooting accomplishments include: 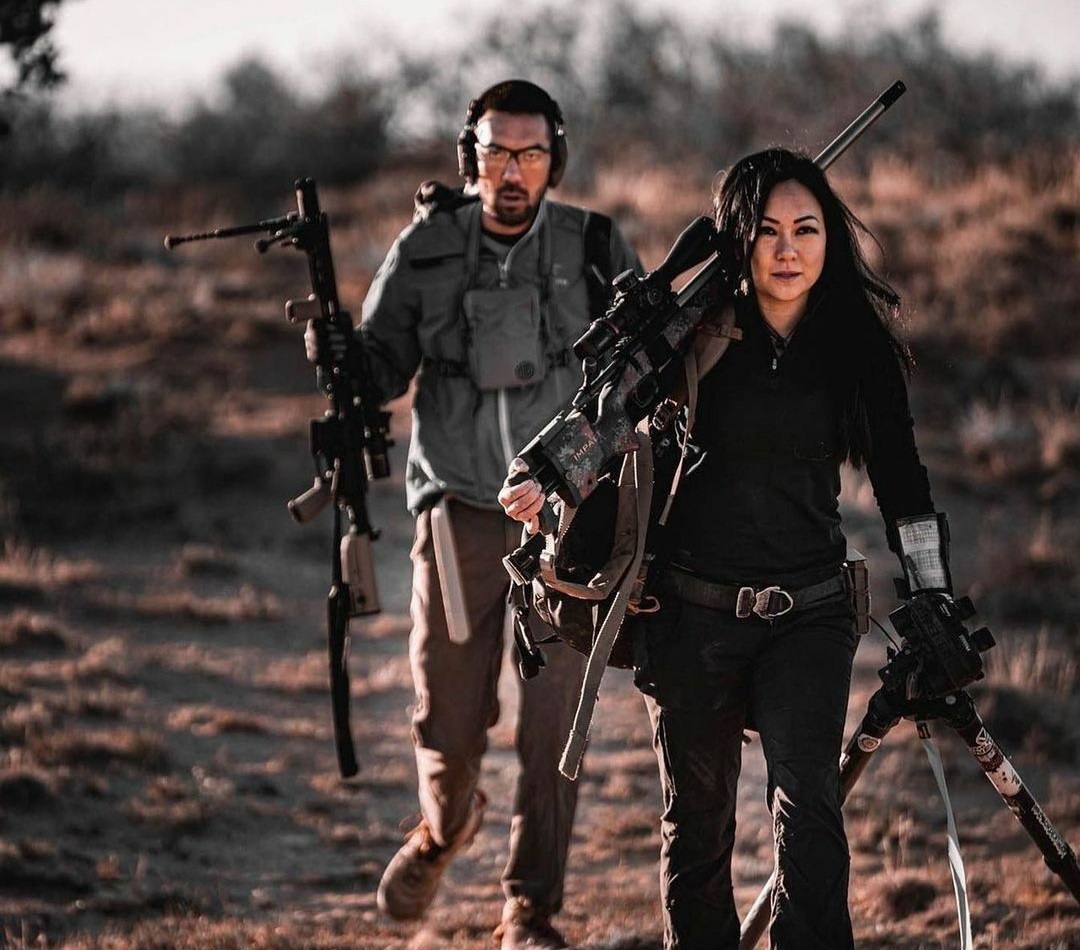 When you ask Rei Hoang how she describes herself and her involvement in the shooting world, she modestly answers, “Just look at my Instagram bio”.  All things Precision Rifle. Reloading, ELR, PRS, Field Matches, and learning more each day. That’s it. What that bio doesn’t tell you is that Rei finished in the Top 5 at the 2021 King of 2 Mile or that she had a 3,699-yard impact at the Spring Canyon ELR match last fall. Oh, and by the way, she’s also getting her MS in Biomedical Engineering. 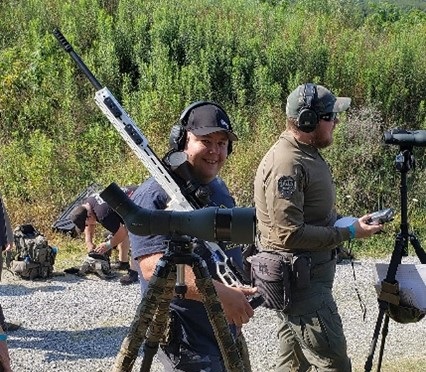 A member of the Peterson Cartridge family since 2019, Nick completed his first year of PRS competition in the 2021 season. Nick had a strong showing at four national events, the Peterson Challenge, Vortex Vengeance, GAP Grind, and the PRS National Finals at the NRA Whittington Center in Raton, NM. When not competing at a national event, Nick is at a local or state level shoot almost every weekend. Prior to joining the PRS, Nick competed in field and sniper matches, along with 3 Gun and USPSA tournaments.  We have no doubt that Nick’s drive and determination will have him on the podium soon. 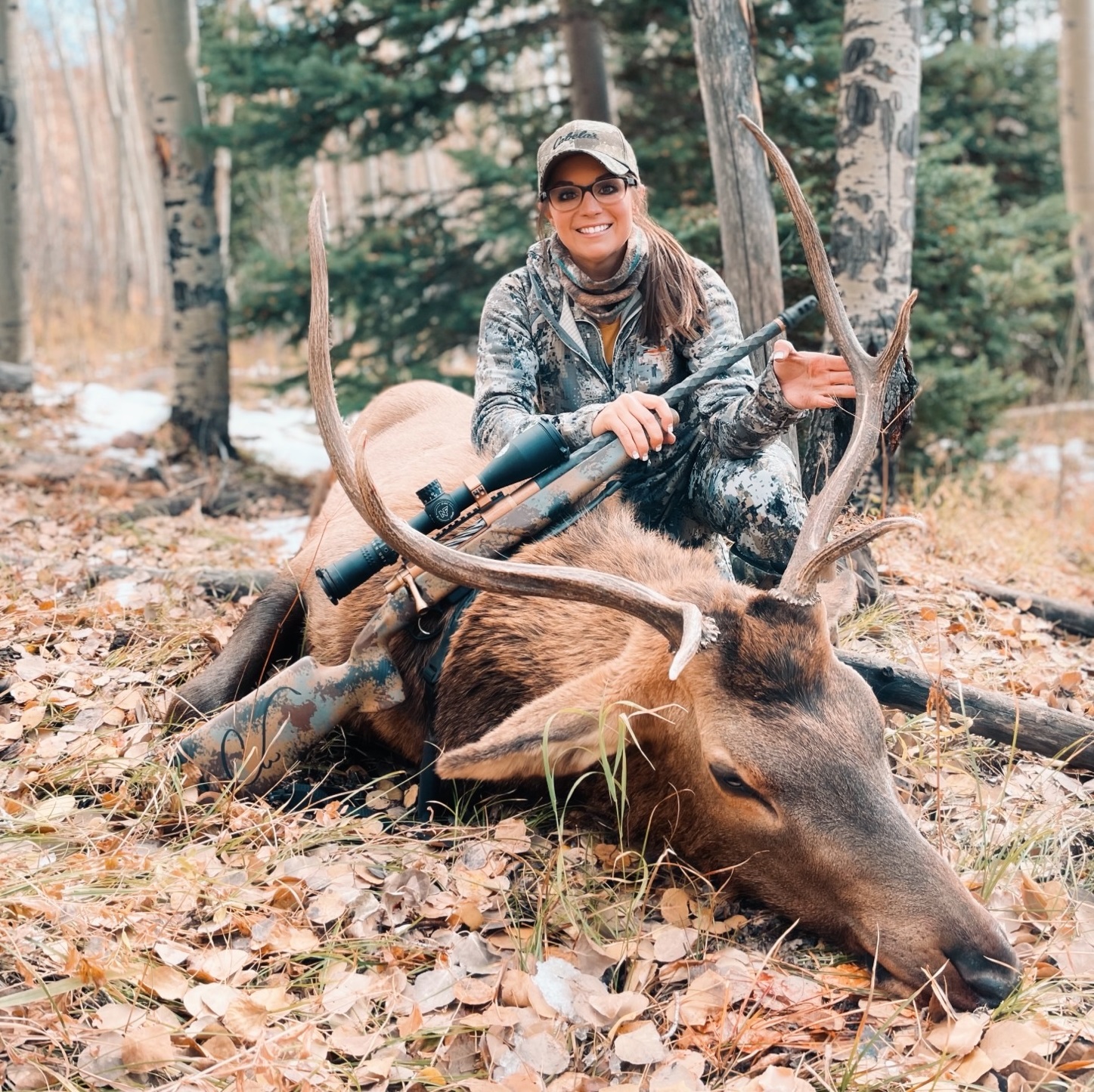 Chrystal joined the Peterson Cartridge family in 2022! While an avid Texas fisherman, she also has a large passion for hunting. She began shooting with her dad at a young age. It started small with varmint hunting around the house, learning the basics of how to carry and operate a firearm. Her passion for hunting graduated into whitetail and hog hunting in South Texas. She started seeking something more adventurous and began to research and get into big game hunting. She, alongside her dad, custom built a 7mm rem mag last year and trained with a retired sniper to learn and practice all the nuances. She was able to fulfill one of her biggest, bucket list hunts…a pack-in/pack-out, public land elk hunt in Colorado. She spent 6 nights in a tent and trekked all over the back country to harvest her first elk the hard way with a perfect heart shot at 307 yards in high elevation. Her new dream hunt consists of getting a red stag in New Zealand or Argentina! She’s beyond excited to join the hunting team and looks forward to hunting with some of the best with the best ammo around, Peterson Cartridge ammo! 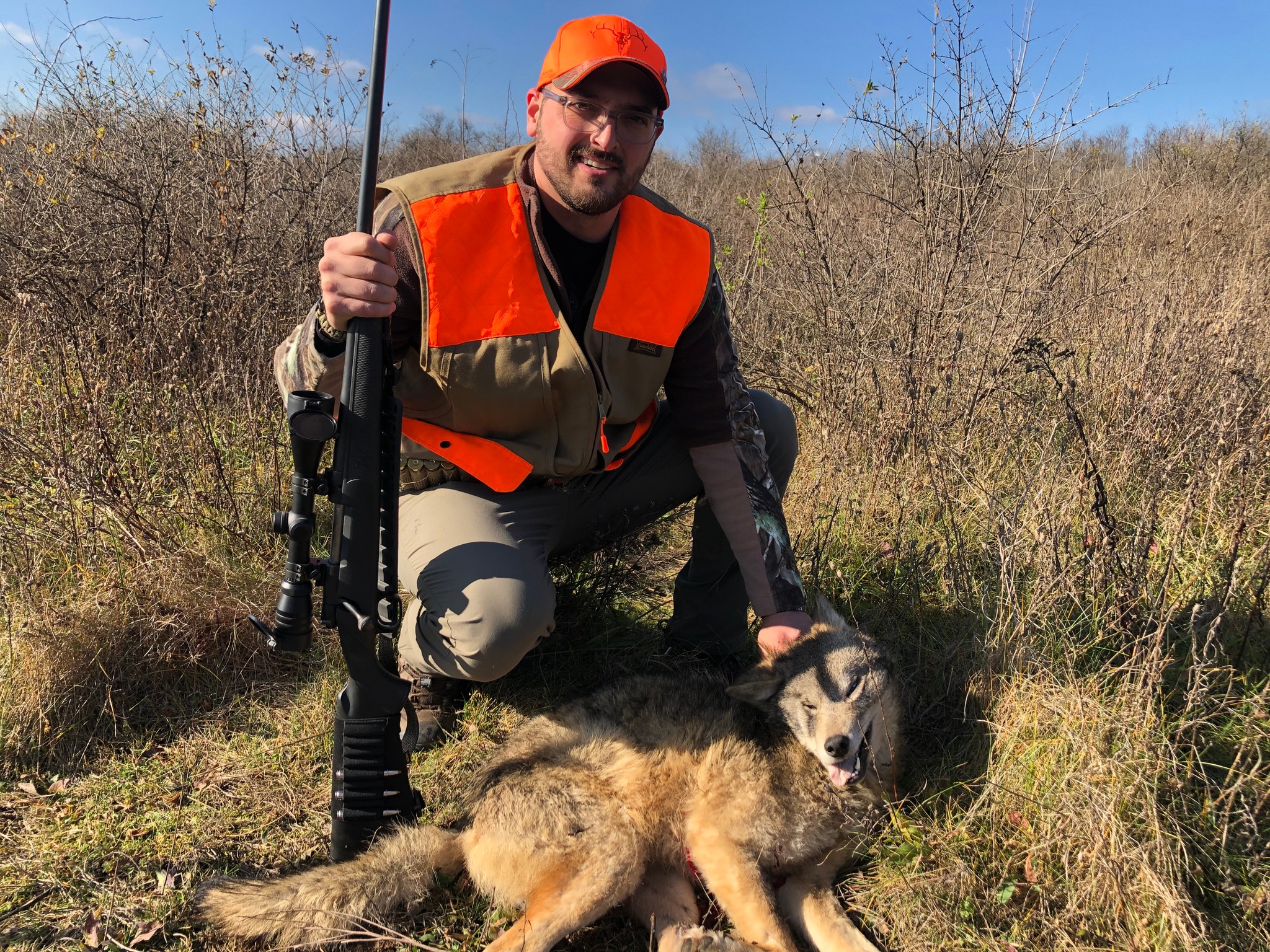 From an early age Aaron has been an avid outdoorsman. The turning of the leaves and the annual hunting seasons usually find him at his family’s hunting camp in the heart of the PA Wilds. Aaron loves pursuing deer, turkey, and small game/upland birds. He’s also been known to take out a predator or two. This fall, Aaron is planning to embark on his first western adventure hunt, a trip to Colorado for elk, deer, and black bear. His go to rifle for whitetail is his trusty old 30-06, but he’s building a new 6.5 PRC for his trip to Colorado.

Outside of hunting, Aaron is enthusiastic about mountain biking and enjoys camping, hiking, and kayaking,