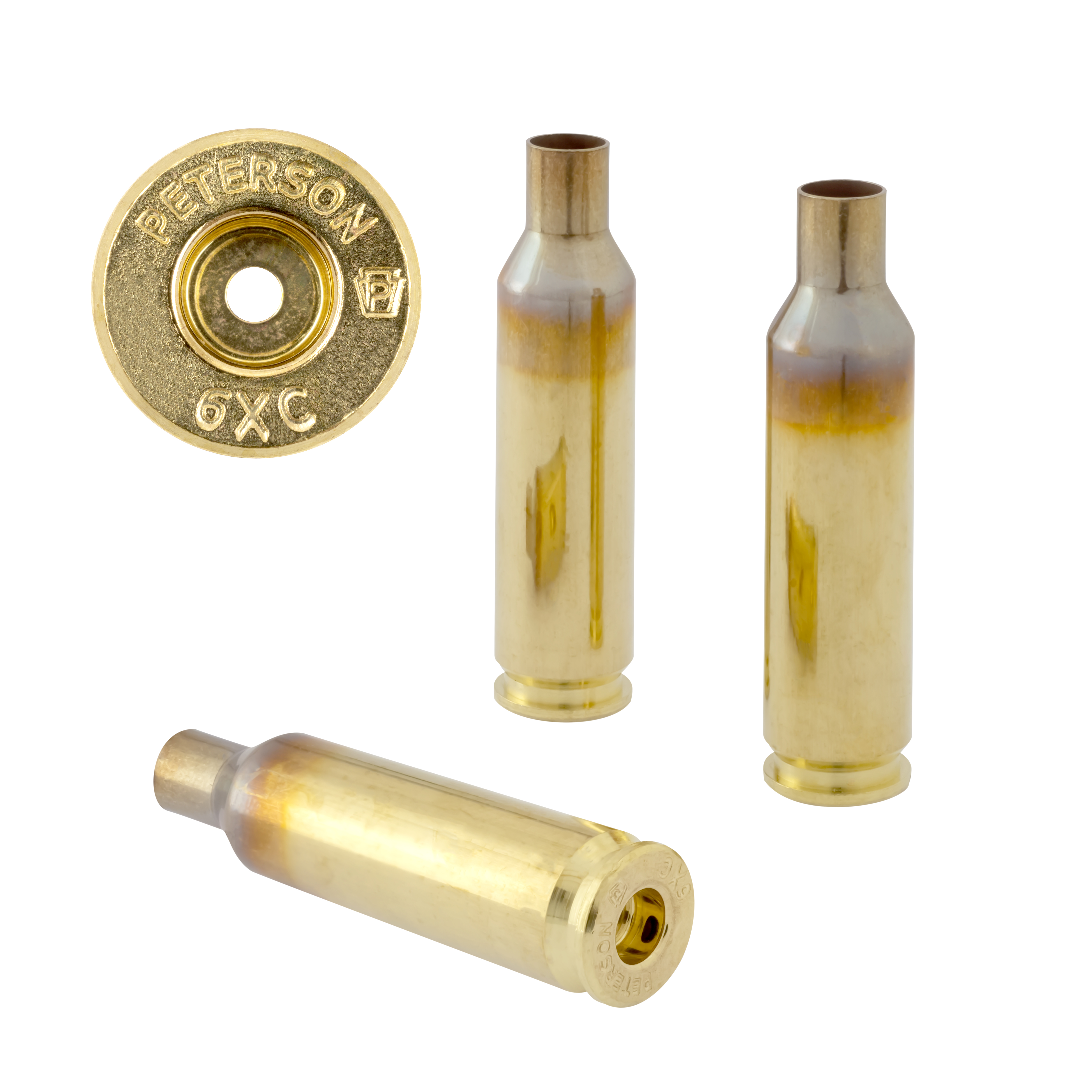 David Tubb, owner of Superior Shooting Systems originally conceived and designed the caliber 6 XC. Tubb has won almost 30 different rifle championships and has proved to the world that the 6 XC is a highly effective, flat shooting caliber.

More than a year ago Tubb contacted Peterson Cartridge and asked if the team at Peterson could develop a tool pack to make 6 XCs. After months of tooling development and experimentation Peterson produced its first run. According to Derek Peterson the company’s president and head tooling designer, “Lots of shooters purchased these 6 XCs, shot them and complimented them highly.”

But Tubb reached out to Peterson to say he wasn’t happy with them. He wanted more internal volume. So Peterson went back to work and redesigned the tool pack. After more months of tooling revisions and experimentation Peterson produced its second iteration of 6 XCs.

David shot those second-iteration casings and reported to Derek, “Ok, you achieved the original goals I asked for, and these are every bit as good as those made by the European incumbent. But here’s the thing. Their casings are known to have soft heads that don’t hold up well to numerous reloads. Can you make a third iteration that has harder heads? Oh … and can you make a version in small rifle primer size also?”

So Derek went back to work and produced a third version that closely matches the internal volume of the European cases but with much harder heads. After shooting these, David declared them to be the best 6 XCs out there. This is the version Peterson produces today, in both large and small rifle primer size.

Peterson concluded, “Give them a try, and see if you agree.”